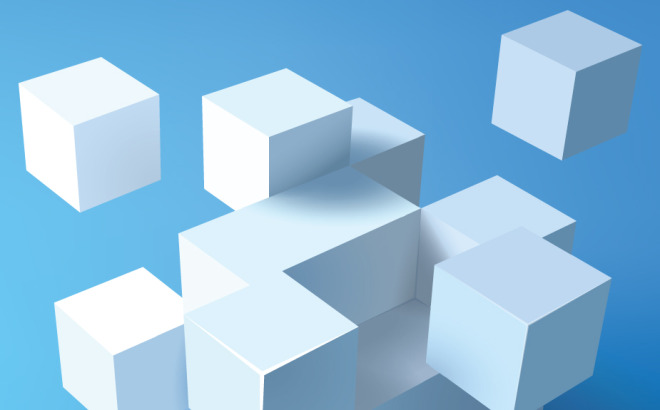 The startup world is driven by a familiar formula: you get an idea, you build a product based on your idea, you start a business to sell your product, your business succeeds—or, more likely, it fails—and you start all over again, looking for a new idea.

Lately, however, a new formula has begun to take hold, one that challenges the very idea of how a business should be built. It plays out quite differently: you start a business, your business experiments with lots of ideas, many ideas fail but some succeed, you turn these ideas into new businesses, and the formula repeats on its own. Or at least, you hope it will.

There are lots of names for companies that follow this formula. Some call them “startup studios” or “startup factories,” while others refer to this style of business building as “parallel entrepreneurship.” But whatever you call it, it’s a model that’s catching on with some of the top names in tech.

Just last month, Zynga founder Mark Pincus unveiled Superlabs, a new project that he said would allow him to “launch products, experiment, try stuff, and be ready to look stupid.” In March, Uber co-founder Garrett Camp raised $50 million for a similar project called Expa, which he runs with help from Foursquare co-founder Naveen Selvadurai. And a few months later Digg co-founder Kevin Rose announced he was stepping down from his full-time gig at Google Ventures to launch his second startup studio, North Technologies. Rose sold his first, Milk Inc., to Google back in 2012 as a talent acquisition.

THESE ARE BUSINESSES STARTED EXPLICITLY TO START OTHER BUSINESSES.

Some of these businesses generate all their ideas internally. Others invest in and acquire other companies as part of their portfolio. But the common goal among all of them is to experiment with lots of projects, welcome failure, and hope for a hit—or two or three. These are businesses started explicitly to start other businesses. “It’s the reverse of the way people think businesses should be created, that they have to start organically by one team with one idea,” says Luke Williams, executive director of New York University’s Berkley Center for Entrepreneurship.

The question is, why are so many successful entrepreneurs embracing this counterintuitive model of entrepreneurship? And why now?

The economics of building a tech business today, of course, have a lot to do with it. Thanks to mobile technology, it’s cheaper than ever to launch a new product. It makes sense, then, that as the cost of building a product decreases, the number of new products being built would increase. And historically, when technology comes along that radically changes the economics of business, inevitably, the people with the knowhow and the means will want to seize on every part of the market.

“It’s a race for the digital economy,” says Caroline Daniels, a teaching professor of entrepreneurship at Babson College. “The people who have the capital and time and experience can see that the digital space is still wide open.”

But there’s more to it than that. Those who are launching these startup studios are doing it not just because they can, but because they truly believe it’s a better way of building businesses.

The founders of these businesses seem to fall into two camps. For some, it’s a way to speed up the process of serial entrepreneurship. “With each company, you’re applying for a seven to ten year journey at the very least,” says Max Levchin, who has launched two companies out of HVF, including the fertility app Glow and the financial services startup, Affirm. “Now, the recent trend is a bunch of people who have had success in the past are asking themselves, ‘Why does it have to be one idea per decade?’”

In that way, these startup studios often become the perfect place for successful founders to discover their next big projects without hanging their hats on the wrong idea and falling into the sophomore slump. Vimeo’s Jake Lodwick compares his studio, Elepath, to a stem cell. “It was like, ‘This will turn into one thing, but we don’t know what — let’s find out,’” he says.

Ev Williams took a similar approach with Obvious Corp., the studio he co-founded back in 2006 after launching Blogger. Twitter was the most successful idea to come out of Obvious, so Williams wound down operations at Obvious and worked on Twitter full time. But after stepping down as CEO of Twitter, Williams relaunched Obvious with Twitter co-founder Biz Stone. Once again, when Williams found his next big thing—the blogging platform Medium— he pulled back from Obvious to focus on Medium full time.

The second camp, however, takes a more meta approach. For people like Mike Jones of Science Inc. and John Borthwick of Betaworks, the factory model is as much about building new innovative products as it is about innovating on the business model, itself. By starting, investing in, and acquiring a slew of companies within a larger company, there’s far less pressure on any one product to generate a quick return. That’s rarely the case with venture-backed startups. “We can drive companies to quick profitability or we can build companies with long term equity that we’re excited about,” Jones says.

Another advantage of this approach is that each company within the portfolio can prop up the others. “We build companies in one space, and we seed invest around it, in order to help support it and draw capital to it,” says Borthwick. When something goes wrong, as it always does at startups, the companies within Betaworks have more resources available to them than they’d ever have access to on their own.

When Giphy, a Betaworks-backed search engine for GIFS, launched last year, it was flooded with demand, so much so that the system completely melted down. It was 3 am on a Saturday morning, and the Betaworks team was able to pull together an operations person from Betaworks, one of the company’s hackers in residence, and an engineer from Digg, one of Betaworks’ most successful portfolio companies. By the end of the weekend, not only was the system back up and running, but Giphy had four full-time staff members working on the company.

“We saved the tech infrastructure, so we could sustain the demand, and essentially printed an amazing team, all in a matter of days,” says Paul Murphy, a partner at Betaworks and CEO of another Betaworks startup, the mobile gaming company Dots. “The typical process would have been, ‘Let’s start fundraising, and then build the team.’ By that point, you’ve lost momentum. You can’t even put into numbers how much that’s worth.”

But there are some drawbacks to a model like this. What happens, for instance, when one company becomes a breakout hit? Does it overshadow every other project and the people working to build them?

Jones, for one, says he never plans to become CEO of any one of these companies. Science Inc., he says, is the product. Borthwick feels the same way about Betaworks, and yet, he understands that some day, an idea may come along that demands all his time and attention. “I’m certainly never going to compromise the opportunity, if one of these companies gets so big that I just need to feed it,” he says. “But on the flip side, my hope is we can build a brand and platform over time that can sustain a massive hit.”

The other worry is that this kind of thing can end up killing what startups are good at. Startups are often immune to the kind of innovation stagnation that larger companies face, because the ideas and the teams behind them are fresh, but what happens when you begin to codify how a startup is made and begin pumping them out like widgets on an assembly line? How much gets lost in the process?

What’s more, there’s no guarantee that lightning will strike twice, no matter how successful that entrepreneur was the first time around. That was the case for YouTube founders Chad Hurley and Steve Chen, the very twosome that launched one of the defining tech companies of a generation. But when they tried to replicate that magic with a startup studio called Avos Systems, they were much less successful. Earlier this year, VentureBeat reported Avos was laying off 80 percent of its staff.

“A lot of entrepreneurs are motivated to understand how to make their success repeatable,” says Prof. Williams. “But what they have to recognize is there’s a lot of luck involved in entrepreneurship, and most entrepreneurs in the tech sector might only get lucky once.”

InnoverenProject buzzRecomended readingSiRCLE service offering
Share
SixDots is live! Previous
Are You a Perfect Fit for the Job? Then You Won’t Get It. Next